It’s amazing how fast our thoughts can change isn’t it? We could be on top of the world while we’re leading others, and then all of a sudden that little voice creeps in and grabs the microphone and says something like: “Testing, testing… you’re not good enough… sooner or later they’ll find out you don’t know what you’re doing… others don’t have it this hard…” and the list keeps going

That little voice is the embodiment of self-doubt: impostor syndrome. And it affects nearly everyone at some point in their life. However, we have a hard time admitting that to others, especially our peers. I believe we need to address the lies we tell ourselves and replace them with positive self-talk in order to become better students, leaders, and human beings. So here are three simple ways you can address impostor syndrome:

Our brains are phenomenal and complex organs, having approximately 12,000 to 60,000 thoughts every day. Studies have shown that you can actually hack your brain to experience the world in different and new ways. This leads to better productivity (as opposed the feeling of always being “busy”), but more importantly happier lives. Often times our brains focus on negative experiences or thoughts, which can replay over and over again, leading to a feeling of quicksand. A simple shift in mindset can truly turn your day around. For example, too often we feel we “have to” go to things (meetings, events, class, etc.), however reframe the thought to we “get to” go things. By seeing these opportunities or tasks with a sense of privilege, your brain now views these experiences with excitement rather than as a burden. The same goes for how we talk to ourselves. We tell ourselves little lies all the time, until all of a sudden, they become our truth. Even within the word believe is the word lie, right there in the middle. Those little lies can become our external or internal identity, so we need to be more aware of how we talk to ourselves and lift ourselves (and others) up more. Try a positive comment first thing in the morning and another comment before bed. For me before I go to sleep, I used to think about how much I wasn’t able to do that day, and I’d beat myself up and feel like a failure. Then I’d fall asleep and wake up in the morning stressed about everything to do. Now I open up my Notes app and before bed I write all the things I was able to accomplish that day, even if it was something small like not hitting the snooze button or catching up with a friend. That reframe helps you see the days wins, and you fall asleep accomplished, and wake up recharged.

Allow it to ride with you, but not take the wheel.

Too often I hear well intentioned advice from people that say “just forget it and don’t pay it any attention.” Let’s be honest, that’s easier said than done. I’d like to shift that concept a little. I think it’s important to acknowledge the negative or self-doubt thought, but not give it the spotlight. Think of it this way: allow the thought to ride in the car with you, but don’t give it the keys to go wherever it wants. By acknowledging the feeling of impostor syndrome in the moment, you name it and can just as easily move on to the next thought.

Speaking of naming it, when those little thoughts start to happen, I’ve found it helpful to imagine where (or who) it’s coming from. Personally, my little impostor syndrome looks like a really bad knockoff of that little cricket from Pinocchio. Only he’s not the positive voice of reason that Jiminy Cricket was for Pinocchio. My impostor syndrome’s name is Jimmy Cockroach, and he’s throwing up two middle fingers with a smirk. He thinks he’s a badass, but he’s never done anything with his life other than put people down with his own style of snark. So by naming my impostor syndrome, I’ve now given it characteristics of something that is easier to acknowledge and tell to STFU. Sometimes when I hear that voice, I imagine that little knock off and it actually makes me smile a little, and then the negative thoughts tend to dissipate.

Impostor syndrome is a tricky and fickle beast, and can show up in various ways, or even multiple times a day. But it’s manageable once you know what to look for. As a speaker and coach, I believe in creating conversations that matter that allow us to be more vulnerable and create deeper relationships, all the while showing little Jimmy Cockroach the door. 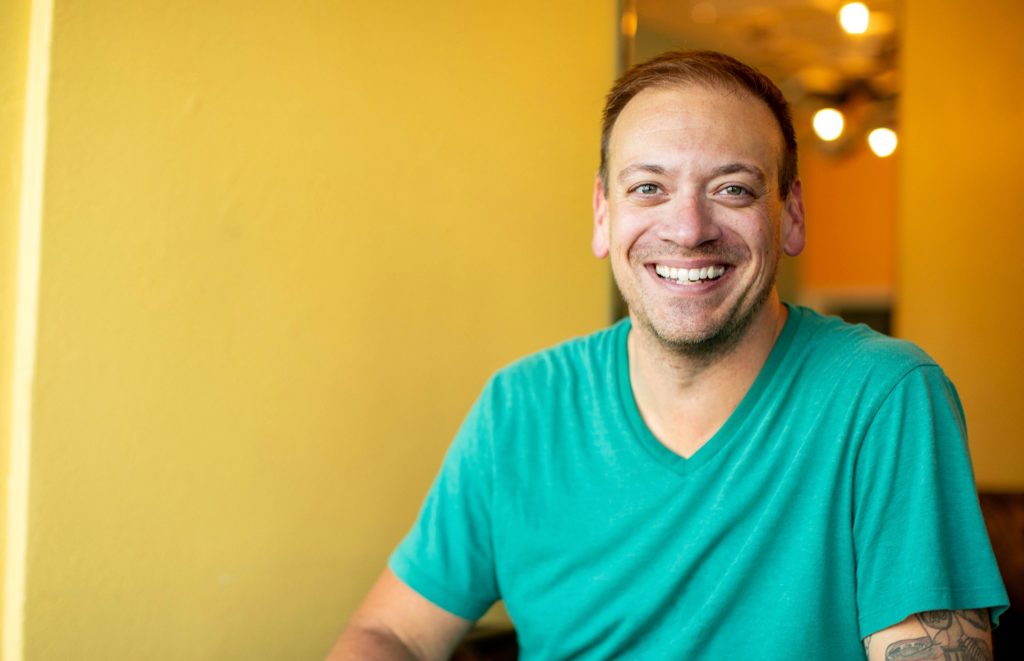 As an accomplished storyteller and international speaker, Dan incorporates his own lived experiences, in addition to industry-proven research, to craft engaging and relatable experiences for student audiences.